January 18, 2016
About us, AdvertisingNo Comments 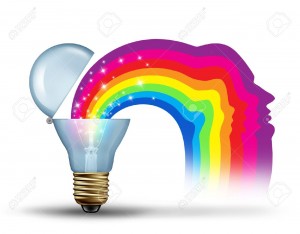 The face of the consumer is changing by the day. According to the latest Census more than 50 million Latinos live in the United States, nearly 40 million African-Americans and almost 15 million Asians. Nine million people identified themselves as belonging to more than one race. America is on the cusp of becoming a country with no racial majority.

Yet in most ad agencies you would think it’s still 1950, when the population was 90% White. According to a report by the Labor Department’s Bureau of Labor Statistics, only 9% of advertising people are Hispanic, 2% are Asian and less than 1% are African American.

At Bodden Partners we believe that in order to communicate with consumers from all walks of life you need talent from different ethnic, racial, religious and cultural backgrounds. We believe diverse teams are more creative and innovative. People with different beliefs and lifestyles bring varied perspectives that inspire new ways of thinking, uncover unique insights and inspire fresh ideas that would never have been discovered otherwise.

Bodden Partners is as proud of our legacy of diversity and inclusion as we are of our track record of award winning creative. We know we wouldn’t have one without the other.